Conveniently located in Campbell, 10 Cobby Street is an elevated home set on 2300sqm, high above Canberra and offering spectacular views of the Brindabellas while surrounded by luscious green, well-kept European-style gardens. 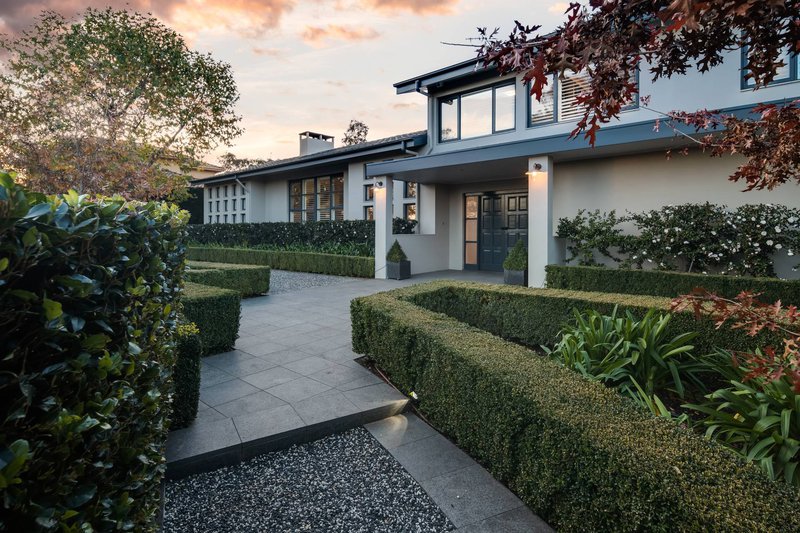 “This home is completely renovated and dates back to 1969,” Peter says.

“The design is based on an award-winning American house plan that involves cyclone-proof construction and is very sturdily built. It’s very robust."

The minute you approach the sweeping stone driveway, you're greeted by breathtaking gardens that steal the show.

According to Peter, the five-bedroom, three-bathroom home is one of the most luxurious properties ever offered in Campbell. 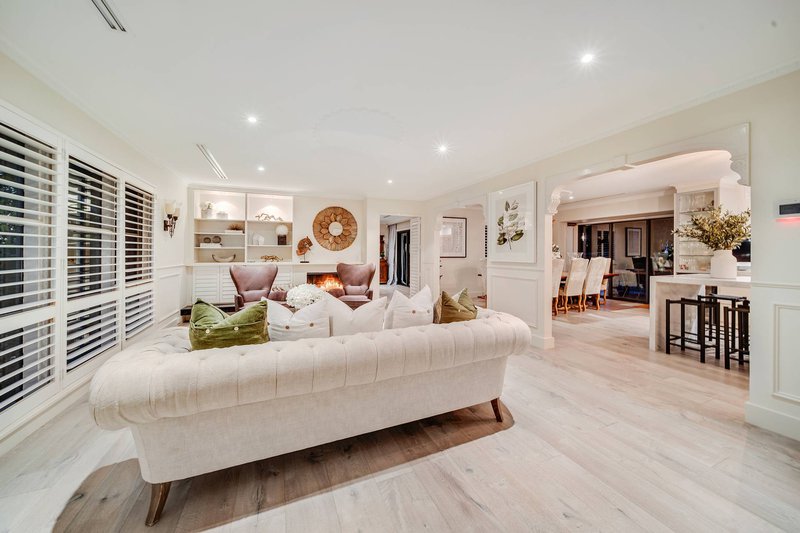 “I think a family is certainly the target audience for this property due to its substantial accommodation, enormous block, quiet location and proximity to the city, airport and adjacent bushland,” he says.

“It boasts double-glazed windows and plenty of versatile, fluid living spaces. A commitment to maximising its sense of space and light throughout the home has been paramount to modifications undertaken on the home.”

Peter says the property depicts a modern design that reflects class and elegance, featuring a formal living room with a fireplace, a dining area, a sitting room and a separate media room. 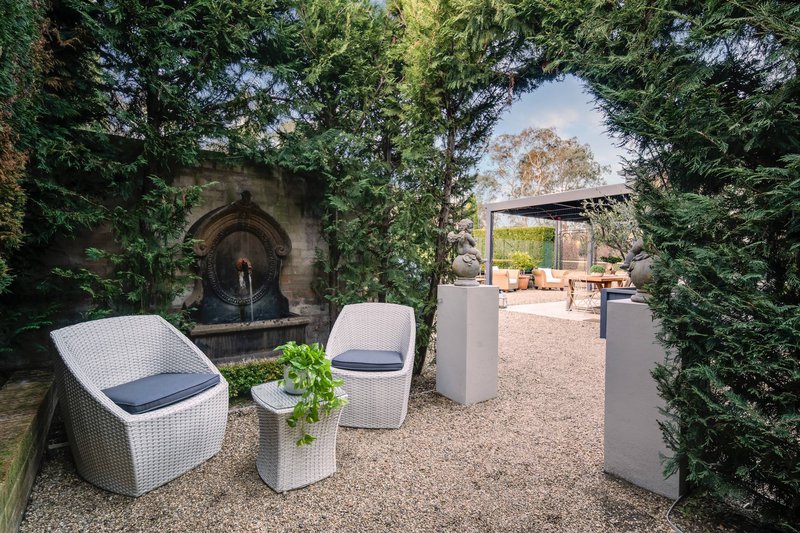 “The kitchen was designed by a three-star Michelin chef with a series of high-end quality electrical appliances, gas hot plates and an exhaust fan that comes out from the bench," he says.

“You’ve also got the marble benchtops which are a real focal point for gatherings, especially when entertaining, as the kitchen overlooks the backyard, including a secure pool area and championship tennis court.”

The home has been almost completely renovated over the past 10 years.

“It has three bedrooms upstairs and two downstairs, which are generous and well-proportioned,” Peter says. 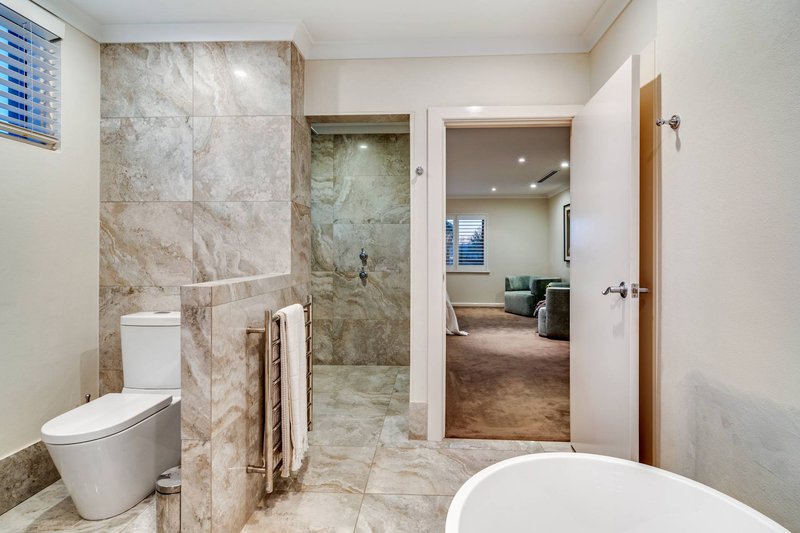 “With the bathroom upstairs, the owners decided to preserve the Tiffany-coloured tiles and went all around Australia to make sure they had enough material to redo it.

“The current ensuite, which now has a shower, was also once a bedroom. The owners converted another bedroom to a very lavish and opulent walk-in wardrobe upstairs, with a backdrop of the city."

Underfloor heating is also featured in all bathrooms, with ducted gas heating and zoned ducted air conditioning throughout the home to ensure year-round comfort. 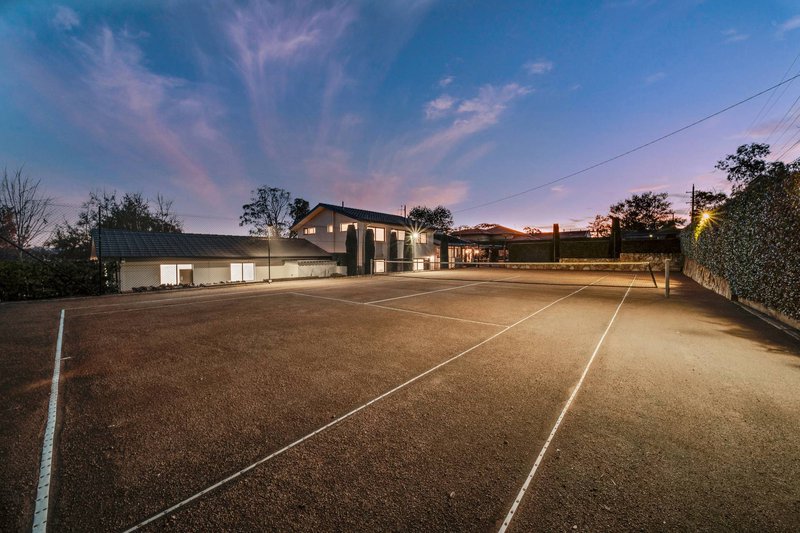 The big backyard is perfect for parties.

"And when you walk outside, you aren’t immediately confronted by it, so I think people like the fact that it’s tucked away.

“There’s also a championship-size clay tennis court which has hosted a number of tournaments in the past.”

The exterior of the home features travertine paving around the pool, 40-year-old box hedges, a large stone wall that backs onto the reserve and a timber pergola made from the timber salvaged from the old Tharwa bridge when it was lost in the 2003 bushfires. 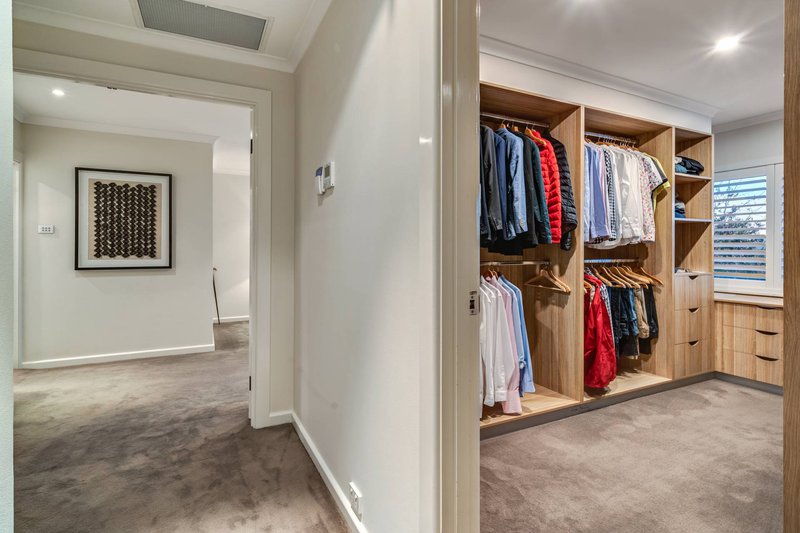 The response to the property has been incredible, Peter says.

“I’ve had a lot of people come through offering very favourable feedback regarding the home, its location and its surprisingly elevated position overlooking our city and surrounds,” he said.

Article originally written and published by The RiotAct.