Illustrated Properties’ Parisa Noubakht was right when she predicted to Zango that the auction of 31 Annabelle View in Coombs would be “crazy” and “something that Canberra has never seen before”.

“I already have four registered groups so far who will show up and we are prepared for a huge crowd,” Ms Noubakht said days before the auction. “Some people have seen the property three or four times already.”

And Ms Noubakht was right – huge crowds turned up early, queued up for a coffee from the Zango van, and eagerly waited to see the extravagant five-bedroom, five-bathroom property head under the hammer. 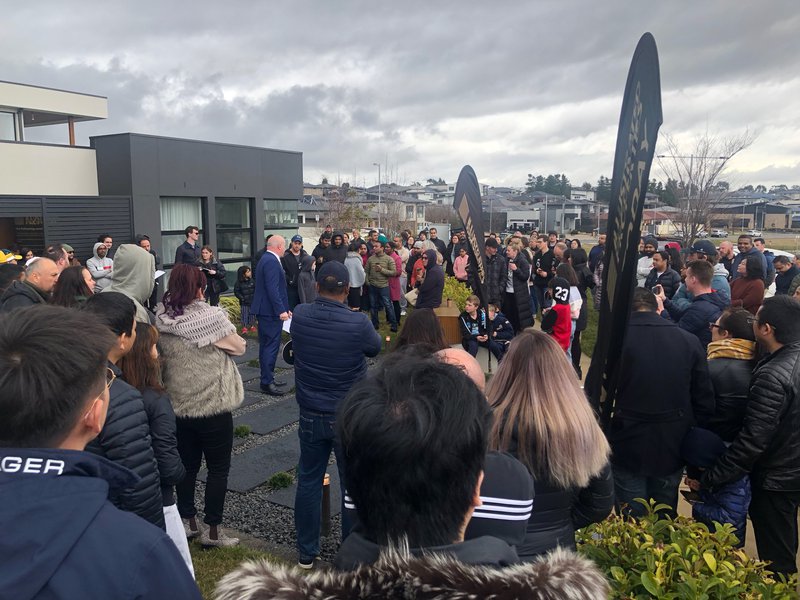 Eager onlookers and bidders ended up spilling out onto the street just to get a glimpse of the auction.

While waiting for the auction to commence, Zango overheard one onlooker comment that the property is “absolutely stunning’, while another said they have “never seen anything quite like it”.

Ms Noubakht said the modern residence had struck a chord with Canberrans.

“It has been a three-week auction campaign and we had more than 950 walk through with more than two people in every group," she said. 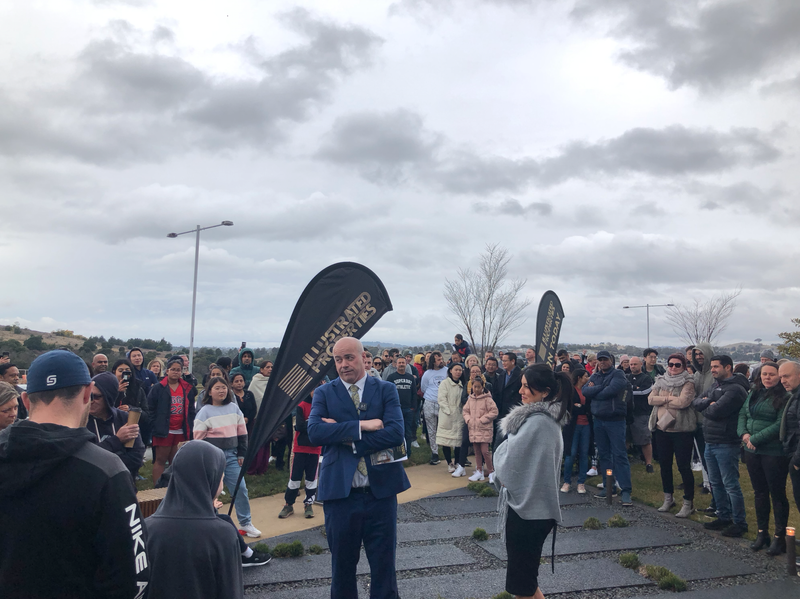 As soon as the auction started, bids were rising hard and fast between four active bidders.

With an opening bid of $2.9 million, allotments of $50,000 crept up between buyers until the property reached $3.1 million. Before long, the four active bidders dropped down to two families fighting it out for the home.

There was a moment’s hesitation from the two active bidders, with one family bowing out of the race and the other family bidding against themselves before the hammer dropped and the property sold to them for $3.25 million. This is a record sale for the Coombs area. 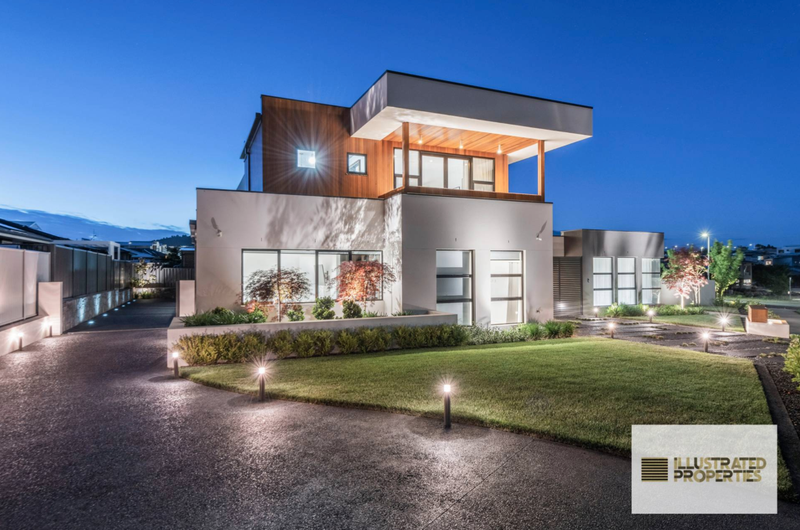 The auctioneer, Frank Walmsley of Auction Advantage, said the new owners “showed a type of strength” to secure the home.

Ms Noubdakht said she was relieved and extremely happy with the result.

According to Ms Noubdakht, the new owners have shown interest in the property “from day one” of the campaign. 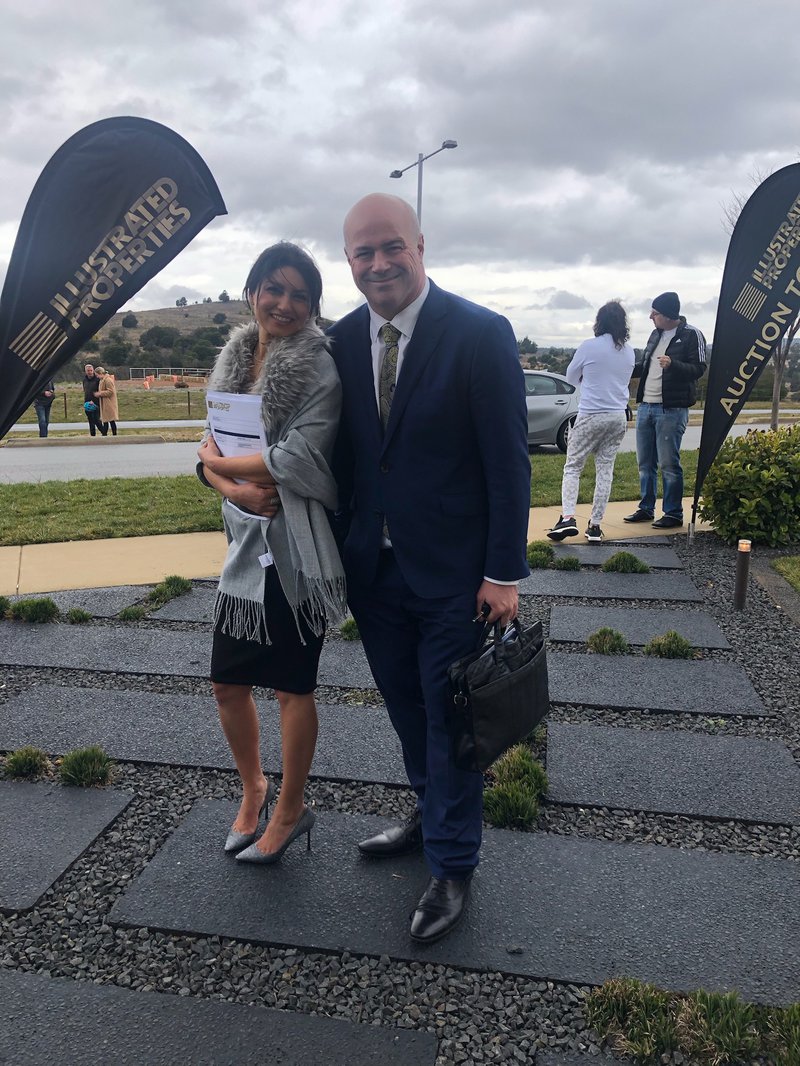 The property was built in 2018 by Modern Constructions and inspired by modern European design.

With over 452sqm of living space and spread across two levels, the modern family home has an abundance of luxurious features. There is a solar heated concrete pool with an outdoor shower, a theatre room with recliner chairs and integrated sound system, a triple garage, and stunning views of the Molonglo River and Black Mountain. 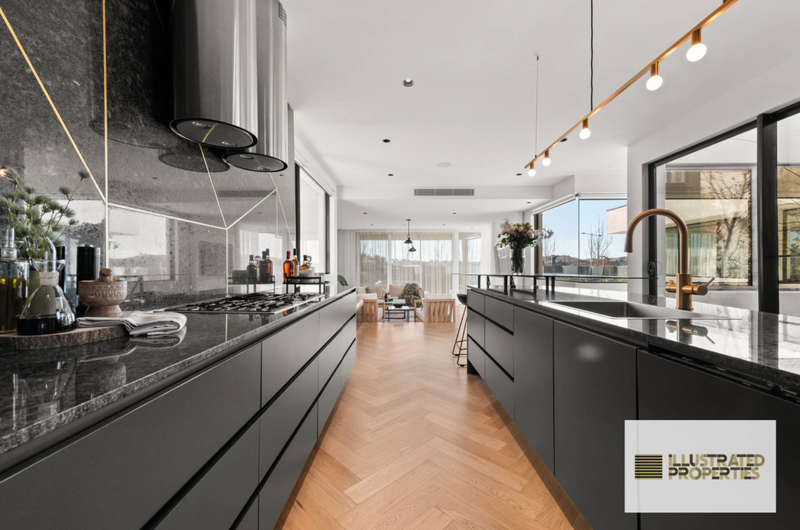 No. 31 Annabelle View sits on a 994sqm corner block and is a stone throw away from Charles Weston School and a local convenience store.